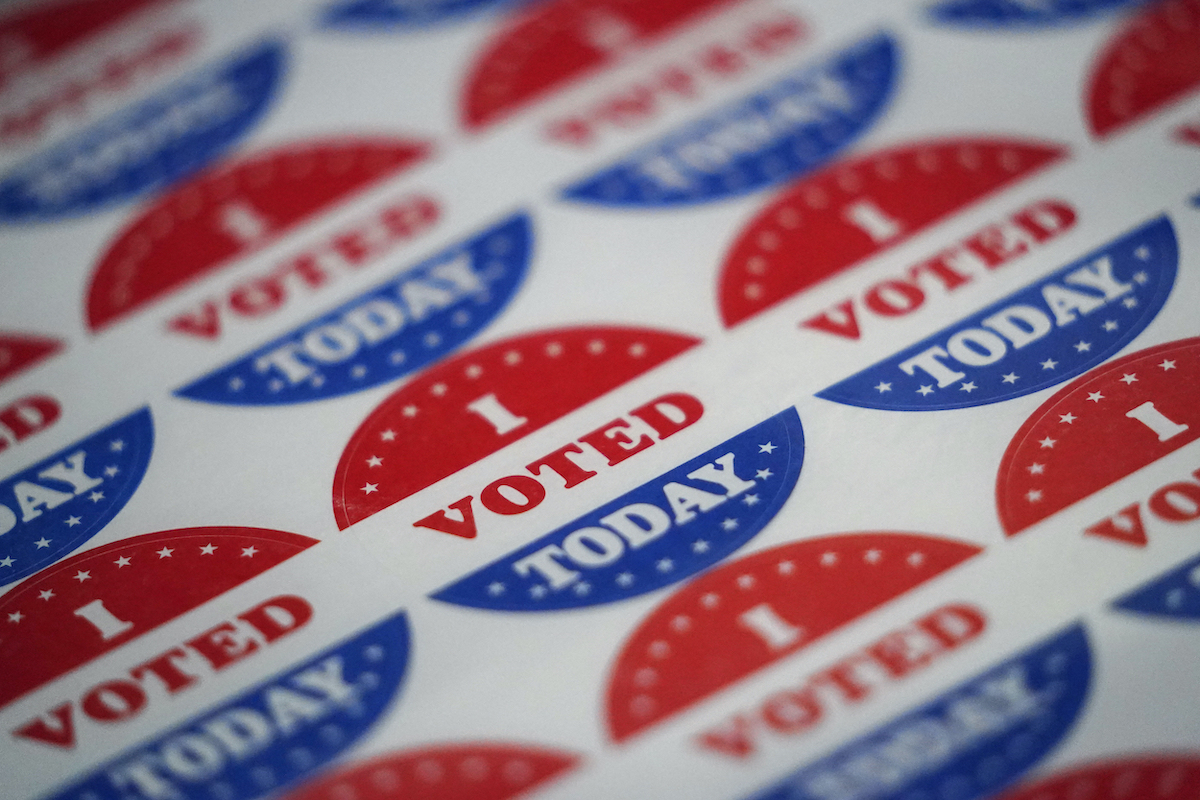 As Americans head to the polls (or to their post office or local dropbox) to cast their ballots for the next President of the United States, a wave of disinformation is trying to make them question whether they can trust that the election will be free and fair. As digital literacy expert Mike Caulfield observes, this year, there is a lot of disinformation that tries not so much to persuade voters to vote for a particular candidate as to convince folks the entire process is rotten to the core.”

For example, recent video footage of a Maryland elections official sparked controversy when it appeared to show an election judge (the name given to poll workers in the State of Maryland) marking ballots with a pen.

The video was immediately tweeted with the caption:

This poll worker is filling out, changing, or marking up ballots!

Camera turns after the operator realized what this guy is doing.”

Although the tweet prompted an inquiry by the Montgomery County Board of Elections, the investigation found no evidence of fraud. A spokesperson from the Board of Elections noted that it is standard procedure for election judges to check ballots for valid signatures, readability, and unauthorized marks. Sometimes judges will fill in “light marks” on ballots so that counting machines can clearly read the voter’s selection.

With no evidence of fraud, the original tweet was removed by Twitter for violating the site’s rules and the account has since been suspended. Despite this, the claims may still have an impact.

There have also been a lot of misleading claims made about the legitimacy of mail-in voting, which has become a very popular method of voting due to the pandemic. For example, in September, a story broke about mail being found discarded in a ditch in rural Wisconsin. Early reports said that the mail contained some ballots.

The story began to spread across social media, and some commentators began making unfounded claims suggesting that the ballots were intentionally discarded. The Gateway Pundit, a popular far-right website known for promoting conspiracy theories, even claimed that the discarded ballots provided evidence that the “Democrats are stealing the 2020 election.” 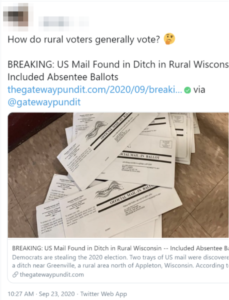 An investigation found that the mail discovered in the ditch actually didn’t include any Wisconsin ballots at all, though it is still unclear if the mail contained ballots from other states. The truth, in other words, is more complicated than the tweet suggested, but by this point, the untrue story had already been seen by tens of thousands of people on social media.

These examples don’t mean that all claims on social media about problems with mail-in voting are necessarily false. On October 30, four days before the election, a video went viral on social media that allegedly showed piles of undelivered mail, including ballots, in Miami, Florida. Reputable news organizations investigated the claim and found it to be true. Reports also note that the issue is being investigated and that all of the ballots found have been successfully delivered.

When looking at claims around issues with voting, it is important to know who is making the claim, and why they are making it.

Researchers are concerned that spreading mis and disinformation about electoral fraud undermines citizen trust in the democratic process. The ability of citizens to trust that election results are accurate is fundamental to a functioning democracy. While these disproven incidences may seem minor, they aren’t isolated, and the potential impacts are significant. To make matters worse, a recent Harvard study showed that the most common driver of election disinformation is U.S. President Donald Trump himself. As Kate Starbird, a crisis information researcher at the University of Washington’s Center for an Informed Public, notes, “If you can’t trust your elections, then I’m not sure democracy can work.”

Explain to students that a lot of information has been spreading on social media trying to cast doubt whether Americans can trust the election process.

Show students the two social media posts below. Explain that these are examples of some of the claims being spread about the U.S. election process.

Ask students if they think these posts provide strong evidence that people are tampering with the election. Explain that there are some simple skills we can use to verify claims before we believe or share them.

Watch “Check the Claim with Jane Lytvynenko” and “Skill: Check Other Sources.”

Ask students to use the skill to investigate the claims in the tweets. Keyword searches should turn up fact-checks or articles from reputable news organizations. The claims in the first two examples are misleading, and the truth is more complicated than the posts suggest. The claim in the third example is true and is being investigated.

Practice checking claims using these examples. For each example, check other sources to see if the claim is accurate. For more practice, see the CTRL-F learning module.

2.  The Goals of Election Disinformation