Home > Case Studies > Can you get the whole picture from a picture?

Can you get the whole picture from a picture?

A look at memes, politics, and informed citizenship 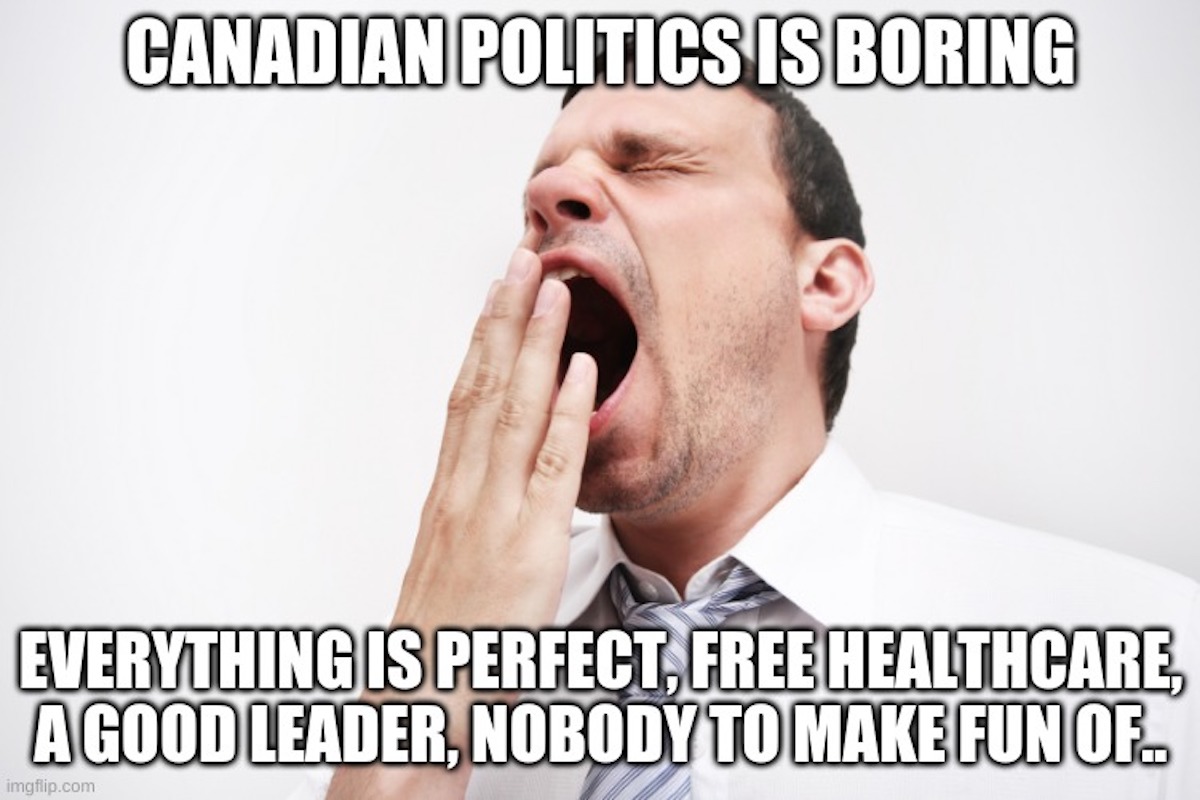 What happens to our political understanding when ‘news’ is boiled down to a text superimposed on an image? And what role does the meme-ification of news play in the spread of false and misleading information?

Memes are images or in-jokes that are repeatedly copied, shared and remixed on social media, and they have become staples of online political culture.

People make and share memes — which take the form of images, videos, or animated GIFs — as a way to comment on politicians, issues, and events. Perhaps their most common form is the image macro, which is an image with words (often a witty message or catchphrase) superimposed on it.

According to a recent article in the Vancouver Star, memes have “taken over the federal election.” One of the goals of political memes — which are often partisan — is to create a “sense of attachment, care or commitment to a party or leader as a way of creating identity or belonging.”

Political memes often use humour, appealing to emotion in stating a position on a specific issue. If successful, the meme will be shared widely and make people who see and share it feel as though they belong to a community.

Increasingly, memes are becoming a way for political parties to communicate their vision to the public. Online campaign ads now often take the form of memes, and politicians, political parties and interest groups make their own memes to appeal directly to young voters who tend to get their news from social media.

While some argue that memes provide a relatable access point for young people to participate in politics, others worry that people will begin to rely on simplistic memes to help them form opinions on complicated issues.

Can memes ccontribute positively to political debate? What is their role in 21st century politics, and what should it be? To be informed citizens, we need to think critically about how memes might influence our political opinions.

Review two opinion articles that make contrasting arguments about the value of political memes, and assign students to one side or the other for a debate, as a class or in groups.

Alternatively, invite students to analyze the two positions, and assess their own thoughts on the issue.

Meme — An image, video, or piece of text that is copied and shared widely over the Internet (especially through social media).

Image macro — A popular type of meme. Image macros consist of a caption or catchphrase superimposed on an image. (See the image macro of Wilfrid Laurier above.)

Information pollution — All of the false and misleading information (often in the form of misinformation or disinformation) that combines to make it difficult to know what is true or what information to believe.

Interest groups — A group of people with common goals who try to influence public opinion and government policy. Interest groups most often focus on a single topic.