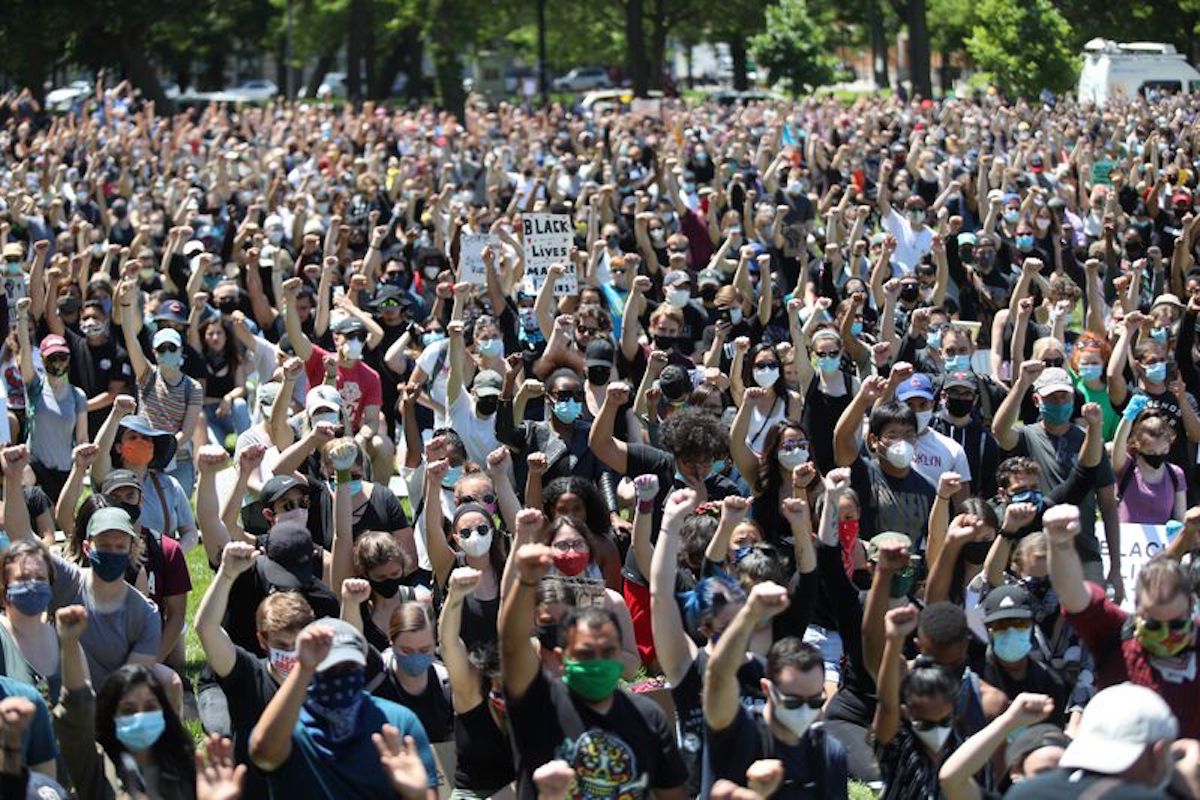 After a Minneapolis police officer killed George Floyd on May 25, 2020, citizens in the United States and around the globe began protesting against systemic anti-Black racism. During this moment of major cultural significance and complexity, citizens rely on journalists to report on events and place them in context. Because readers use this information to inform their own understanding of what is taking place in the world around them, how news organizations present and frame information is critically important.

How the audience understands a story starts with the headline. Headlines are written to draw readers’ attention, but research shows that they can also have an outsized impact on how readers read and remember the details of an article. Moreover, according to one study, 59 percent of links shared on social media have never actually been clicked — more than half of those sharing will have only read the headline.

The mass protests have been a stark reminder that language and word choice matter, and news organizations have been struggling with how to describe the events accurately and without bias. Headlines that refer to the events as “riots” and that emphasize chaos or violence paint a very different picture than those that frame the events as peaceful protests advocating for racial justice.

In a clear example of this, a Twitter caption from The New York Times describing events taking place during protests in American cities used both active and passive voice to convey information. While descriptions of violent actions in Minneapolis and Louisville do not identify who performed the action “A photographer was shot”, “A reporter was hit” (passive), the summary of events in Washington, D.C. clearly identifies who performed the action “Protestors struck a journalist” (active). Critics argued that this sentence construction highlighted the protesters’ violence while downplaying police violence. 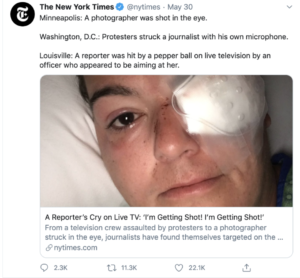 Though there can be a time to use passive voice (if the person who committed an action really is unknown), for the most part, writing in an active voice conveys information more directly and clearly. Reporting that “pepper spray caused a short stampede” (a since deleted headline from WUSA9 tweet) does not contain as much information as “police pepper spray protestors, causing a short stampede.” Understanding how seemingly subtle language choices can make big differences to the ways audiences interpret events can help us to seek out more of the story and become more informed citizens.