Is a photoshopped photo always misinformation? 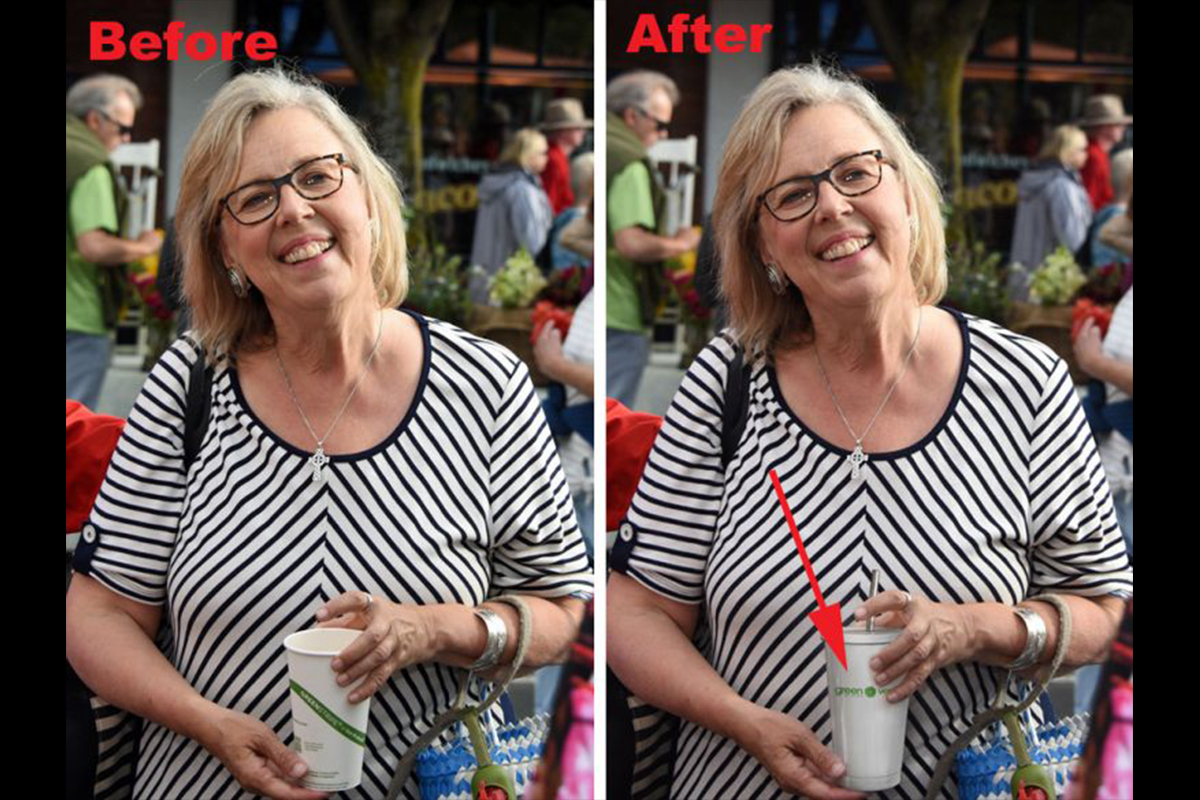 Last week, Green Party leader Elizabeth May faced media questions about a cup swap in a photo on the Green Party website.

A photo posted of her holding a disposable (but compostable) cup was replaced with the same image, altered in Photoshop. In the new version, the cup is reusable plastic, sports the Green Party logo, and contains a reusable straw.

Numerous news outlets in Canada and abroad reported on the story, including the National Post.

Some pointed out a contradiction in having a party devoted to environmental issues artificially adding a reusable cup to its leader’s hand.

Elizabeth May expressed surprise that the image had been altered, and said the following in a statement:

“My personal daily practice is to avoid single use plastic items 100% of the time. I never drink from plastic water bottles. I always carry my own reusable coffee cup. I carry my own bamboo utensils. I walk the talk every day. I hope that despite this misstep by well-meaning party staff (who hoped to brand the image with our logo), people can believe that in the original photo there is nothing I would have hidden.”