Home > Case Studies > What they talk about, we talk about 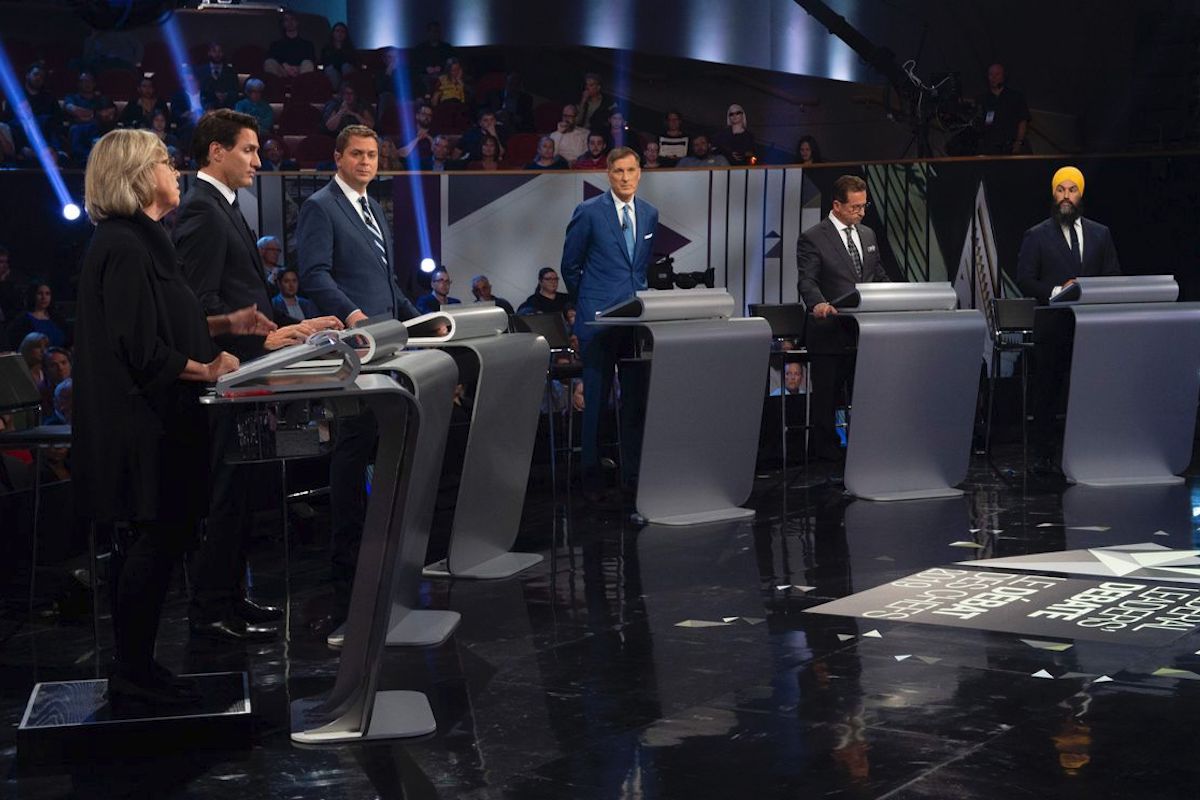 Last night the leaders of Canada’s six main political parties participated in a national televised debate — presenting their ideas and critiquing opponents’ views, with the goal of winning the votes of the Canadian public.

Debates are a cornerstone of a healthy democracy and can contribute to a well-informed and active citizenry. They also provide a chance for citizens to hear directly from the leaders.

Leaders debates are also newsworthy, and are covered broadly by Canadian news media and political pundits.

Following a debate, there is much discussion and analysis: Who won or lost? Who performed the best, or made the worst mistakes? What is the significance of what happened to the campaign, and what might it mean for the outcome of the vote?

Analyzing news about the debate can be helpful for putting its themes into context, and for comparing different perspectives about what happened.

Reviewing news coverage, there are key distinctions to keep in mind:

Some of the debate coverage takes the form of fact-based journalism. These reports describe the who, what, when, where and how of the event. (This is also known as ‘straight reporting.’)

News articles will not contain the author’s opinion, but may quote experts who offer analysis as to who won or lost, performed well or poorly, and what that might mean for the campaign overall. These assessments will be contained in quotation marks and/or attributed to experts.

Much of the coverage of the debate will be opinion reporting, or commentary. Columnists and pundits will interpret the events, and provide personal opinion about their significance.

When done well, opinion reports are based on facts, and present well-reasoned and well-constructed arguments. This is typically the case for professional columnists, who use their expertise to help interpret and contextualize events. However, knowledge of a subject is not required to form an opinion, and there is a broad range of quality when it comes to arguments.

News organizations provide the service of informing the public, but they are also businesses and brands that try to appeal to different types of audiences. As such, some news outlets will look more favourably or critically on some candidates than others. Sometimes this media bias is subtle, and sometimes it is more pronounced. To understand the news we consume, we need to be aware of the structure and constraints of news production, and how that impacts the results.

Comparing and contrasting media examples is a helpful way to analyze the events of the debate and how they are covered. Below you will find three suggested activities.

A selection of front pages from Canadian newspapers are linked to below. Review these with your students, and note the similarities and differences.

Select from the examples provided below, and ask your students to sort the fact-based news articles from the opinion examples.

Choose one news article and one opinion article to analyze:

Choose one fact to check

Research the authors of the articles to learn more about them 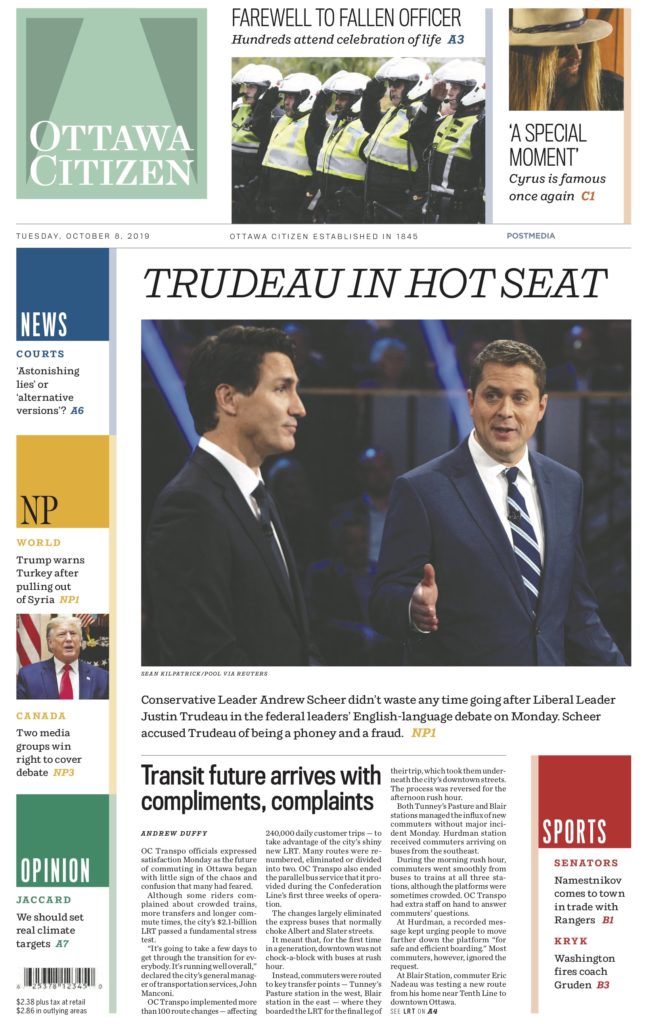 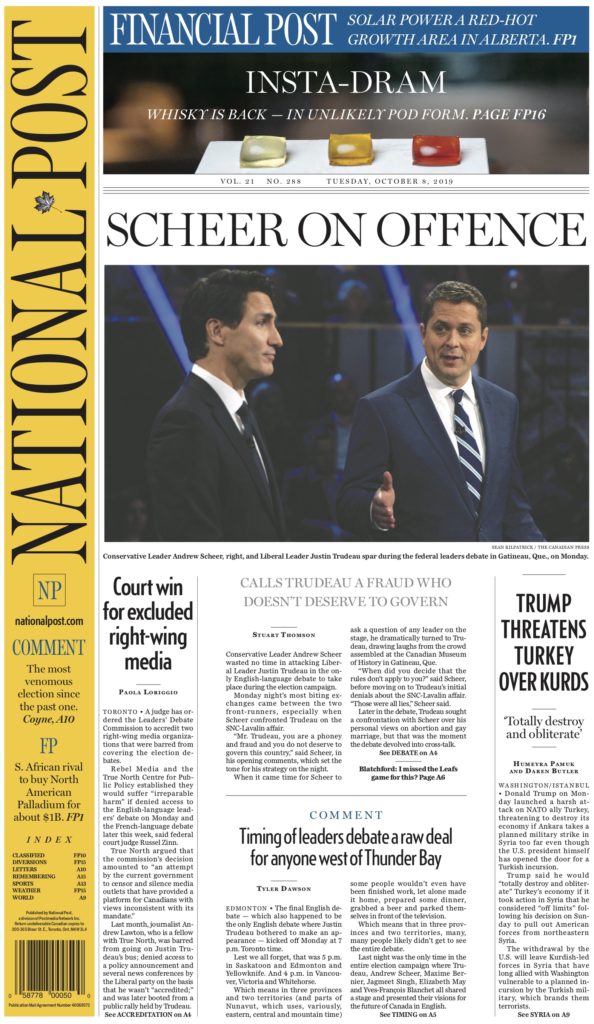 The ability of the news media to determine which issues become the focus of public attention.

Focuses on the reporting of events, issues or developments with the goal of informing people. While it may include analysis or assessment, it is based on facts and not opinion.

The gathering, evaluating, creating, presenting and communicating of news and information.

A personal view, attitude or judgment. Opinions are personal and highly subjective, and shaped by experiences, values, knowledge and perspectives.